As it approaches the festive time of year, a question that I get asked becomes more frequent.

What guitar/amp should I buy?

Everybody has different budgets and preferences. So it is very difficult to recommend specifics. However I can give a few money saving tips and alternative ways of getting the end result.

Guitar wise, does it need to new? eBay, Gumtree, and Facebook marketplace are full of good value used guitars. Have a good look there. You may save a packet with your only extra expense being a new set of strings. In fact often the budget you may have had for a new guitar may get you a guitar that was twice that price originally. Also, with Gumtree and Marketplace, you can always haggle.

Lets think out of the box. Do you need an amp if you are relatively new to guitar? I mean you want to have the cool sounds but do you need the volume etc?

How about an app you can use on your phone or ipad? I have used one called Jam up Pro for years now. The basic version is free on app store. You will need a device called iRig which you can get on eBay for about £10. This is an app that allows you to plug in your guitar to your device and have access to a variety of amp sounds as well as stomp box effects. This app also allows you to load mp3's and slow them down.

You can get much better tones than you would basically get on a practice amp, far less space is taken up and the outlay is minimal. You will use headphones to practice so as not to annoy neighbours or relatives. It's a great alternative if you really don't need amp. Have a look at demo's online

Lessons Vs The Rona 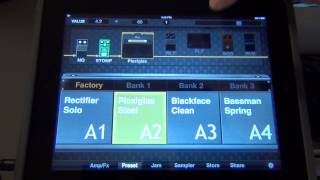